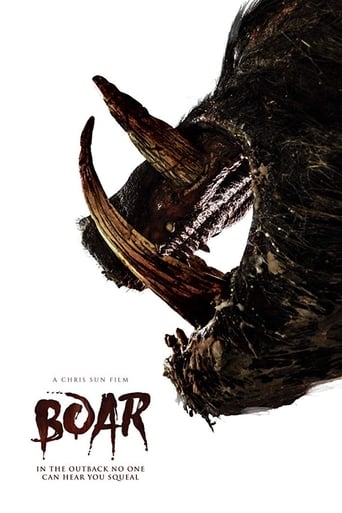 Eric Brainard 10 months ago
Some factual errors but the film is gory & fun so I forgive them. I Love huge creatures!

Bo Nilsson over 1 year ago
I was amused, it is a silly film
In the harsh, yet beautiful Australian outback lives a beast, an animal of staggering size, with a ruthless, driving need for blood and destruction. It cares for none, defends its territory with brutal force, and kills with a raw, animalistic savagery unlike any have seen before.
×
Facebook Twitter