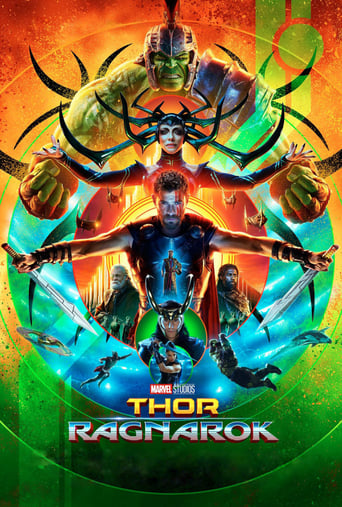 - +
Rate this film
Add a review
Delete Rating/Review Share Add to queue
In your queue
Remove it
Thor: Ragnarok 2017

Mary Hospedales over 1 year ago

Robyn Wilde 3 months ago
Taika Waititi has a fun style that has no business in a Thor movie. I'm just here for Loki

Denise Elwyn McKenzie 8 months ago
Who knew Thor had such comic timing.

Alex Silver 11 months ago
Hilarious, and has good action. Oh, and the plot didn't suck at all. Best Marvel ever.

Kosala Liyanage 12 months ago
Imo, the funniest Marvel movie yet!

Katie over 1 year ago
The most different so far of the MCU movies. Silly and fun.

Charlie Alcock over 1 year ago
Easily one of the best Marvel entries, thanks to Taika Waititi and a cast having a ball

Nick over 1 year ago
First: Set super low expectations with 2 meh movies. Next: step over that low bar you set.

Brandy E over 1 year ago
A mildly humorous movie.

Davis Keck almost 2 years ago
Finally a good, no, *great* Thor film. Hilarious through and through.

Maggie Strogen almost 2 years ago
Great Marvel fun with Thor and Loki, what could be more fun

「M I G U E L」 almost 2 years ago
A ghost of the epic it could've been. Bring back planet Hulk

Anna almost 2 years ago
Taika Waititi. That is all :)

Fernando Olivas almost 2 years ago
Cate Blanchett is in this, I'm not kidding.

Felícia Silva 2 years ago
so so good, so funny
Thor is imprisoned on the other side of the universe and finds himself in a race against time to get back to Asgard to stop Ragnarok, the prophecy of destruction to his homeworld and the end of Asgardian civilization, at the hands of an all-powerful new threat, the ruthless Hela.
Read more on