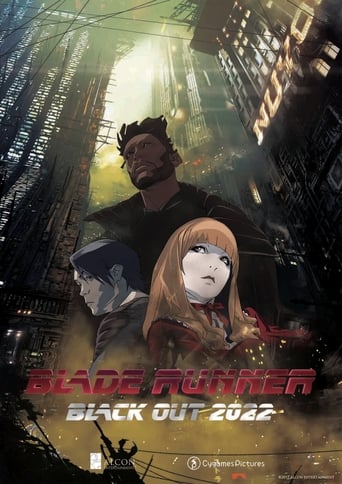 3
4
1
Rate this film
Add a review
Delete Rating/Review Share Add to queue
In your queue
Remove it
Blade Runner 2022: Black Out 2017

Mariana over 2 years ago

Annalisa Schettino over 2 years ago
This animated short revolves around the events causing an electrical systems failure on the west coast of the US. According to Blade Runner 2049’s official timeline, this failure leads to cities shutting down, financial and trade markets being thrown into chaos, and food supplies dwindling. There’s no proof as to what caused the blackouts, but Replicants — the bio-engineered robots featured in the original Blade Runner, are blamed.
×
Facebook Twitter