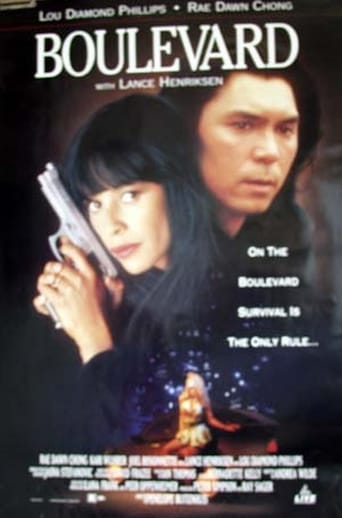 Kari Wührer, Rae Dawn Chong, Lou Diamond Phillips, Lance Henriksen, Joel Bissonnette
Rate this film now
Write a short review
Boulevard is a French film directed by Julien Duvivier, released in 1960, and set in the Quartier Pigalle. It focuses on the character 'Jojo', an adolescent who lives in a poor room in Pigalle. Among the others who share the house where he lives is Jenny Dorr (Magali Noël), a dancer, about whose glamorous person he weaves fantasies. But Jenny loves a boxer, Dicky (Pierre Mondy).
Read more on