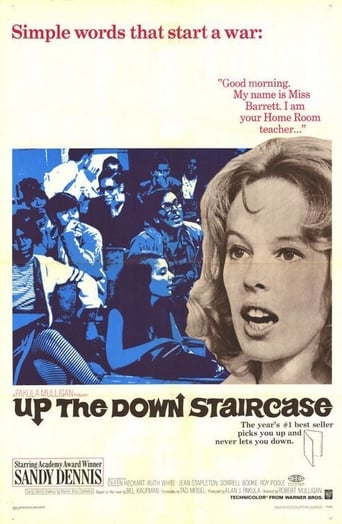 Courtney Bess over 2 years ago
Up the Down Staircase is a 1967 drama film about the first, trying assignment for a young, idealistic teacher played by Sandy Dennis. Tad Mosel wrote the screenplay adaptation of the novel of the same name by Bel Kaufman. Sandy Dennis took the role of Sylvia Barrett after winning an Academy Award for Best Supporting Actress for her performance in Who's Afraid of Virginia Woolf? This was her first and only film with producer Alan J. Pakula and director Robert Mulligan. It was filmed in the Benjamin Franklin High School (now renamed the Manhattan Center for Science and Mathematics) in East Harlem at Haaren High School now housing a building on the John Jay College of Criminal Justice. Neighborhood scenes were shot in East Harlem. John Henry Haaren
Read more on