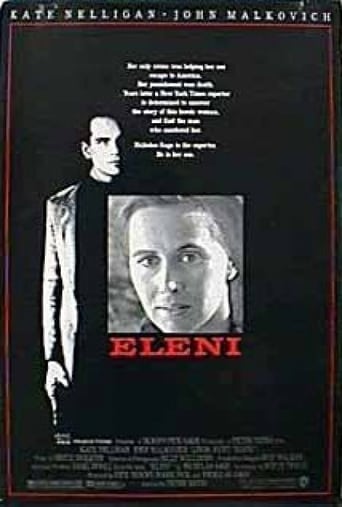 Kate Nelligan, John Malkovich, Linda Hunt
Rate this film now
Write a short review
Eleni is the 1985 film adaptation of the memoir Eleni by Greek-American journalist Nicholas Gage. Directed by Peter Yates, the film stars John Malkovich, Kate Nelligan, Linda Hunt and Glenne Headly. As with the book, the film is told in a flashback format with Gage, now living in the United States, returning to his native Greece to solve the mystery of his mother's death when he was a child. The film looks back to the effect of the 1940s Greek Civil War on the remote Greek village of his upbringing, and he investigates what happened to his mother after Communist guerrillas invade the village. The main difference between the film and book was that the film focused more on the adult Gage and his investigation, while the book had more focus on Gage's impoverished small-town childhood.
Read more on