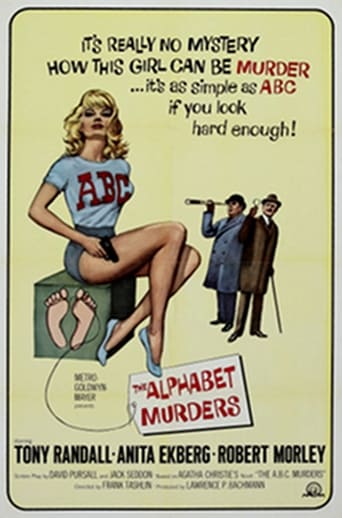 Tony Randall, Anita Ekberg, Robert Morley, Maurice Denham, Sheila Allen
Rate this film now
Write a short review
The Alphabet Murders is a 1965 British detective film based on the novel The A.B.C. Murders by Agatha Christie, starring Tony Randall as Hercule Poirot. The part of Poirot had originally been intended for Zero Mostel but the film was delayed because Agatha Christie objected to the script. The film varies significantly from the novel and emphasises comedy.
Read more on