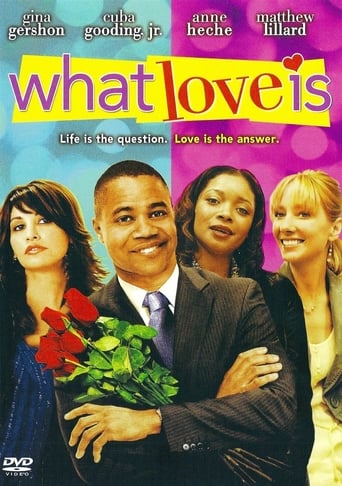 Cuba Gooding Jr., Matthew Lillard, Sean Astin, Terrence 'T.C.' Carson
Rate this film now
Write a short review
What Love Is is a 2007 romantic comedy film, written and directed by Mars Callahan, starring Cuba Gooding Jr., Matthew Lillard, Sean Astin, Anne Heche, and Gina Gershon. Cuba Gooding Jr. plays a man who finds out the true nature of love one Valentine's Day when he wants to propose to his girlfriend. The film has received 17% at Rotten Tomatoes, and a 14 on Metacritic. It made roughly $19,000 at 42 theaters during its theatrical run. The film was released on DVD on April 1, 2008.
Read more on