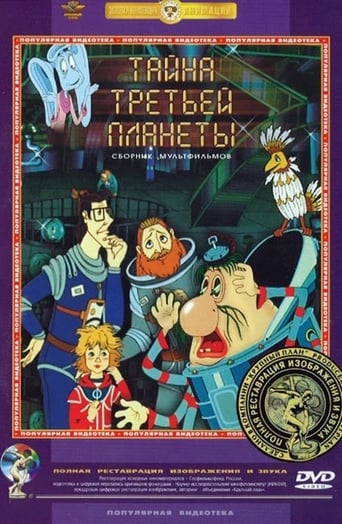 Olga Gromova, Yuri Andreyev, Vladimir Druzhnikov, Vladimir Kenigson, Vasily Livanov, Rina Zelyonaya
Rate this film now
Write a short review
The Mystery of the Third Planet (Тайна третьей планеты, Tayna tretyey planety), aka The Secret of the Third Planet is a 1981 Soviet traditionally-animated feature film directed by Roman Kachanov and produced by the Soyuzmultfilm studio in Moscow. It is based on one of a series of stories by well-known writer Kir Bulychyov about Alisa (Alice) Seleznyova, a young girl living in the second half of the 22nd century in a communist society (though no aspects of communism are mentioned or shown in the film). In United States voiced by Kirsten Dunst as Alisa and James Belushi as Govorun.
Read more on