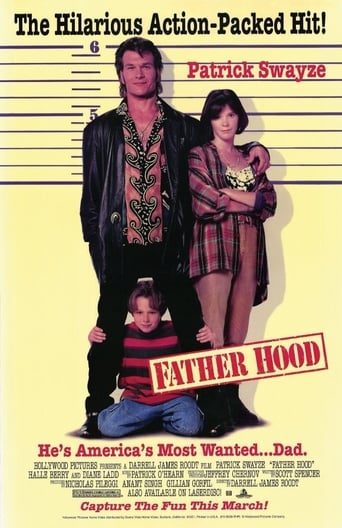 Daniel Jones almost 8 years ago
Father Hood is a 1993 comedy-drama film starring Patrick Swayze and Halle Berry and directed by Darrell Roodt. The kids of small-time crook Jack Charles (Patrick Swayze) are put in a corrupt state-run home when their mother dies of cancer. Jack's teenage daughter Kelly (Sabrina Lloyd) escapes the abusive home where she lives, and convinces Jack to pick up her younger brother Eddie (Brian Bonsall). At first, Jack tries to dump them with their grandmother, but she is a gambler and a cheat, so the cops are after her, too. He then takes the kids to New Orleans with him, where he plans to pull off a big heist that could set him up for life.
Read more on