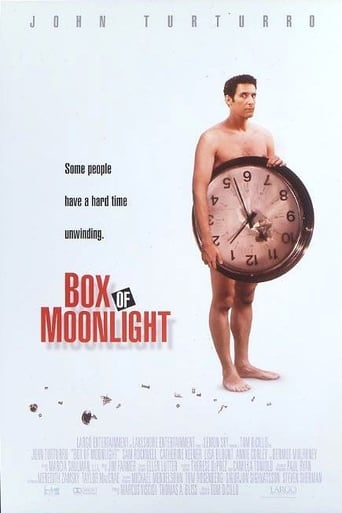 Lisa Harms over 4 years ago

Cindy Featherbottom almost 7 years ago
Box of Moonlight is a 1996 comedy-drama film starring John Turturro and Sam Rockwell. It was written and directed by Tom DiCillo. An engineer, on the way home from work at a construction site, takes a side trip for nostalgia's sake and meets an eccentric character who gives him perspective. The hotel that Turturro's character stays at during his trip is still an actual operating hotel in Maryville, Tennessee, that is still named the 411 Motel, on Hwy 411. Many of the scenes were shot in South Knoxville near Seymour. The wrestling scenes that Al and The Kid watch were filmed during an actual Smoky Mountain Wrestling event with Buddy Landell as the good guy and Headbanger Thrasher as "Saddam Insane" in 1989. Most of the in-town driving scenes were filmed in East and North Knoxville. Many of the routes are not consistent. Box of Moon Light at the Internet Movie Database
Read more on