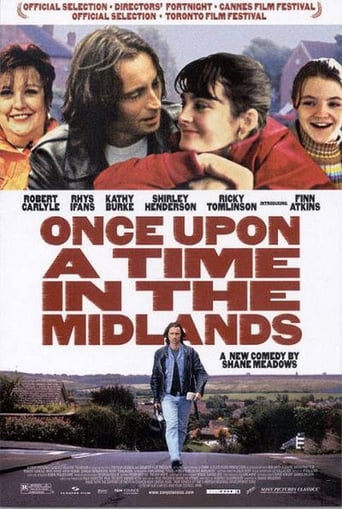 Jim Barton over 6 years ago

Jono Carney 7 years ago
Once Upon a Time in the Midlands is a 2002 film directed and co-written by Shane Meadows and set in an anonymous town in the Midlands. It was filmed on location in Nottingham. Dek (Rhys Ifans) proposes to his girlfriend Shirley (Shirley Henderson) on TV. When Jimmy (Robert Carlyle), "the great love of her life" and father of her daughter, sees this, he returns in an attempt to win back her heart. However after deserting his friends in Scotland during an unsuccessful robbery of some clowns, his friends turn against him and come to the Midlands to try to track him down. Though in the end Shirley refuses to go with Jimmy & professes her love for Dek after her daughter Marlene refuses to have anything to do with Jimmy and is only ready to accept Dek as the father figure.
Read more on