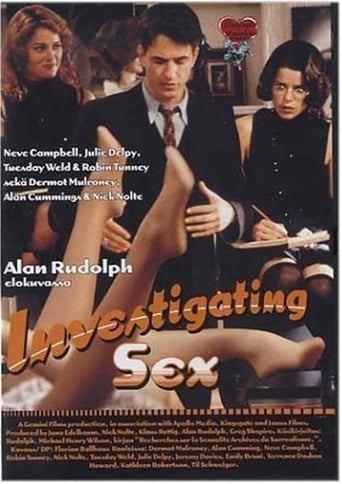 LexV 5 years ago
Investigating Sex is a 2001 comedy/drama film written (screenplay) and directed by Alan Rudolph and starring Neve Campbell, Til Schweiger, Nick Nolte and Dermot Mulroney and based on the book Recherches sur la sexualite archives du surealisme by Jose Pierre. After a long delay, the film was finally released on DVD in the US on December 23, 2007, with a different title, Intimate Affairs. A group of men and two female stenographers scientifically investigate sex through discussion of its various aspects.
Read more on