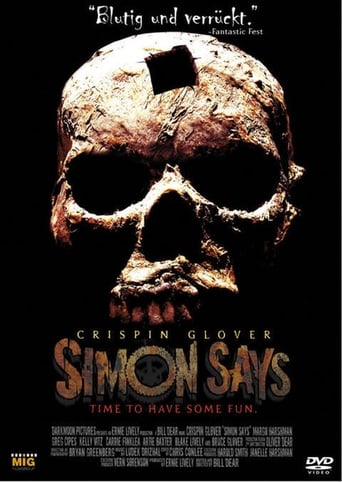 Crispin Glover, Margo Harshman, Greg Cipes, Kelly Vitz, Artie Baxter
Rate this film now
Write a short review
Simon Says is a 2006 horror film, directed by William Dear (Angels in the Outfield, Harry and the Hendersons) and stars Crispin Glover and Margo Harshman. It was premiered at Fantastic Fest on 24 September 2006 and on DVD in the U.S. 26 June 2009. Five teenagers set-off on spring break only to have their vacation plans interrupted by the mysterious disappearance of one of their friends. Before long, the kids realize they had made a grave mistake trusting an odd set of twins called Simon and Stanley who recommended the cursed lakeside campsite.
Read more on