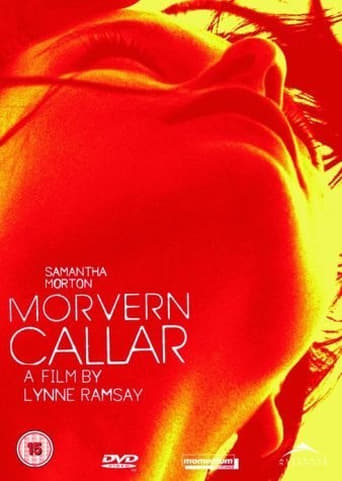 Aaron Jones 2 years ago
Another beautiful film from Lynne Ramsay

Alan DeCoronado over 3 years ago

Jesse Beatson over 4 years ago

Braden Rapp 8 years ago
Morvern Callar is a 2002 British film directed by Lynne Ramsay and starring Samantha Morton in the title role. It is based on Alan Warner's 1995 novel Morvern Callar. Morvern Callar is a young woman in a small port town in Scotland. She wakens Christmas morning to discover her boyfriend has committed suicide, leaving the manuscript of his unpublished novel behind. She erases his name, puts hers on the novel, and goes to Ibiza, where she sells it as her own work. It won the 2002 British Independent Film Award for Best Actress. The movie also received the 2002 Scottish BAFTA Award for Best Actress (Kathleen McDermott), the 2002 C.I.C.A.E. Award and the Award Of The Youth at the 2002 Cannes Film Festival.
Read more on