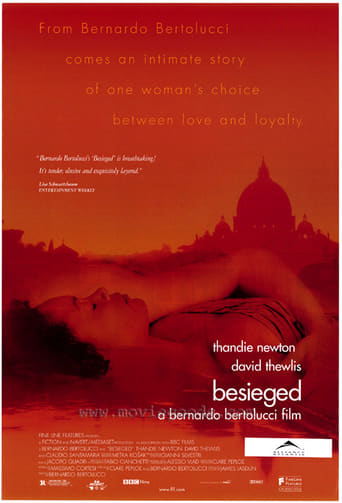 Sina Bakhshandeh almost 4 years ago
Besieged (Italian title: L'assedio) is a 1998 film by Bernardo Bertolucci starring Thandie Newton and David Thewlis. It is based on the short story "The Siege" by James Lasdun. David Thewlis plays an English pianist/composer living in Rome. Thandie Newton plays his housekeeper, an African refugee whose husband is a political prisoner in Africa and who is studying medicine in Rome. The pianist becomes smitten with her and winds up pawning or selling everything he owns (including his most precious possession, a Steinway grand piano) in order to help get her husband out of jail. In the end, the husband is freed and joins his wife, but the night before his arrival she has finally slept with the Englishman.
Read more on