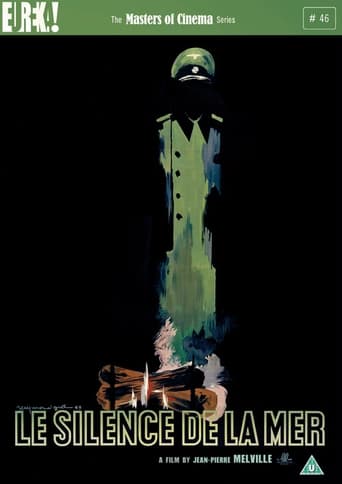 Jim Barton over 6 years ago
Hard going at first but worth it in the end.

Matthew Bettencourt almost 5 years ago
Le Silence de la mer (The Silence of the Sea) is a 1949 film by Jean-Pierre Melville that takes place in 1941 and concerns a Frenchman and his niece's relationship with a German lieutenant who lives in their house during the German occupation of France. Melville based the film on the 1942 book of the same name, Le Silence de la mer by Jean Bruller (under the name Vercors) and actually filmed inside of Vercors' own home outside of Paris. The film has been described as an "anti-cinematographic" film due to the unique method of narration used to give voice to the (mostly) silent Frenchman and his niece.
Read more on