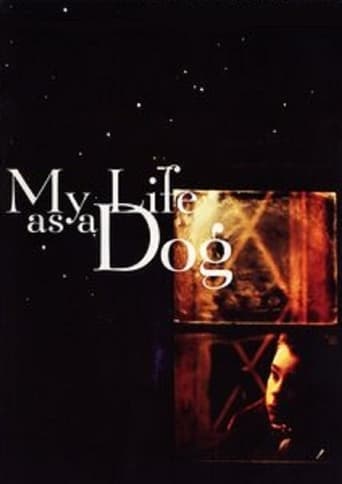 B. MacIntosh over 7 years ago
Lasse Hallstrøms greatest work ever! Cinematography is eye candy. story/acting ~ poignant!

Masha Marsheva over 8 years ago

Virginia Murdoch over 9 years ago
My Life as a Dog (Swedish: Mitt liv som hund) is a 1985 Swedish drama film directed by Lasse Hallström, based on a novel by Reidar Jönsson. It tells the story of Ingemar, a young boy sent to live with relatives. The cast includes Anton Glanzelius, Melinda Kinnaman and Tomas von Brömssen. Troubled 12-year-old Ingemar (Anton Glanzelius) gets into all sorts of trouble, which drives his mother (Anki Lidén) crazy; Ingemar does not know that his mother is in fact terminally ill. When he and his older brother become too much for her, they are split up and sent to live with relatives. Ingemar ends up with his maternal uncle Gunnar (von Brömssen) and his wife Ulla (Kicki Rundgren) in a small rural town in Småland. Gunnar and Ingemar bond over Povel Ramel's recording of "Far, jag kan inte få upp min kokosnöt". In the town he encounters a variety of characters. Saga (Kinnaman), an assertive tomboy his own age, likes him, and shows it by beating him up in a boxing match. Among the more eccentric...
Read more on