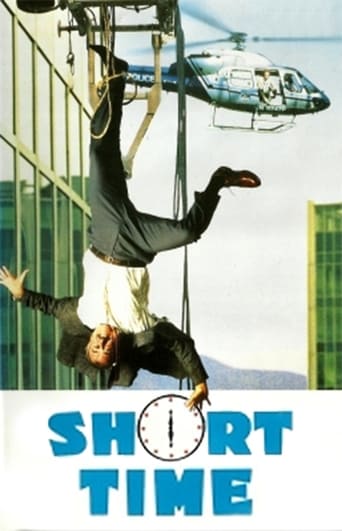 Eric Ratzlaff almost 7 years ago
Short Time is a 1990 comedy movie by Gregg Champion and starring Dabney Coleman, Matt Frewer and Teri Garr. The film was released on Region 2 DVD by Carlton International Media UK in 2002. It has only had a VHS release in the USA and never released on Region 1 DVD. Seattle detective Burt Simpson (Coleman) is mistakenly told he has two weeks to live due to a medical mix-up after a routine checkup. He finds out that his family will not be entitled to his retirement fund if he dies of natural causes; they can only get benefits if he is killed in the line of duty. For the remainder of the movie, he takes greater and greater risks in the hopes that a suspect ends up killing him.
Read more on