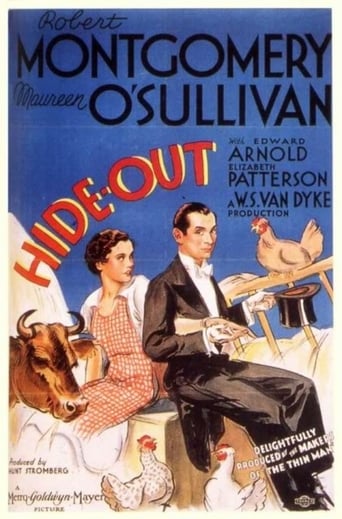 Robert Montgomery, Maureen O'Sullivan, Edward Arnold, Elizabeth Patterson, Whitford Kane
Rate this film now
Write a short review
Hide-Out is a 1934 comedy film directed by W. S. Van Dyke and starring Robert Montgomery and Maureen O'Sullivan. It also features a young Mickey Rooney. A womanizing racketeer (Montgomery) is wounded by police and hides out in a farmhouse, where he falls in love with a country girl (O'Sullivan) and meets her wholesome family. The film was nominated for an Academy Award for Best Writing - Original Story (Mauri Grashin).
Read more on