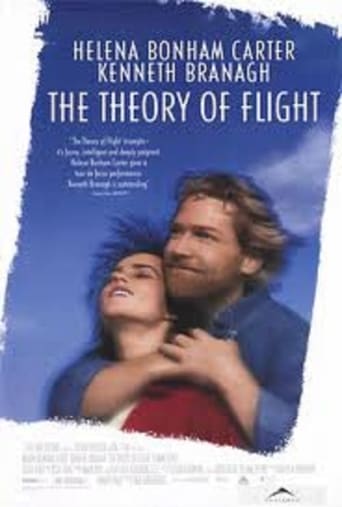 Helena Bonham Carter, Gemma Jones, Holly Aird, Kenneth Branagh
Rate this film now
Write a short review
The Theory of Flight is a 1998 film directed by Paul Greengrass, starring Helena Bonham Carter and Kenneth Branagh. Carter plays a woman with motor neurone disease, and the film deals with the sexuality of people with disabilities. This was the last film reviewed by the noted film critics Gene Siskel and Roger Ebert on Siskel and Ebert and The Movies before the former's death on 20 February, 1999.
Read more on