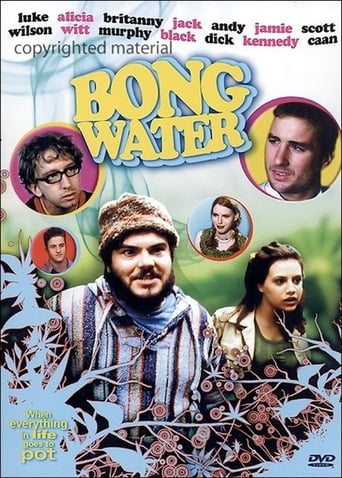 Luke Wilson, Jack Black, Andy Dick, Brittany Murphy, Alicia Witt
Rate this film now
Write a short review
Bongwater is a 1997 comedy film, based on the book of the same name, set in Portland, Oregon, and stars Luke Wilson, Alicia Witt, Amy Locane, Brittany Murphy, Jack Black, and Andy Dick. Lael Loewenstein, film critic for Variety magazine, gave the film a mixed review and wrote, "The latest entry in the growing field of indie youth ensemble films, Bongwater is an uneven, intermittently likable movie about a group of Portland residents for whom getting high is a way of life. While its fresh-faced but largely unknown cast members frequently rise above the material, pic isn't distinctive enough to suggest it will yield more than a limited run in specialized markets." Nominations
Read more on