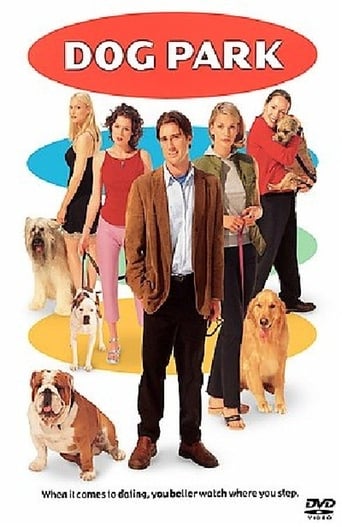 Natasha Henstridge, Luke Wilson, Janeane Garofalo, Bruce McCulloch, Kristin Lehman
Rate this film now
Write a short review
Dog Park is a 1998 American/Canadian romantic comedy film written and directed by Bruce McCulloch. Andy, is a writer for newspaper classifieds who has been bouncing from relationship to relationship since eighth grade. Throughout the film, he loses custody of his dog when his girlfriend, Cheryl, breaks up with him for another man. Andy then meets Lorna, a children's TV show host, but she is too obsessed with her own dog to commit to a relationship with Andy. She's also still hurt emotionally because her boyfriend Trevor, left her for Andy's ex, Cheryl. Andy also has a fling with another woman, Keiran. Meanwhile, Cheryl takes Andy's dog to a psychiatrist, who tells her that her promiscuity is traumatizing the dog.
Read more on