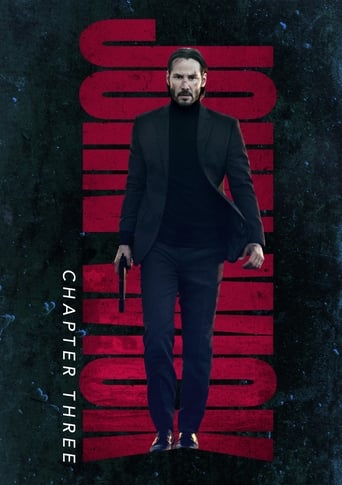 7
28
9
Rate this film
Add a review
Delete Rating/Review Share Add to queue
In your queue
Remove it
John Wick 3: Parabellum 2019

Daniel Jones 12 months ago
What is possibly the best action/gun fu franchise ever keeps getting better and better.

Ryan Boucher 1 year ago
At the end of 2 I thought 3 would be ridiculous. It was way better than I expected.

Freya over 1 year ago
The fighting became boring. Something else?

Fabio Augusto Vanegas Bovea over 1 year ago
Very good effects of this third installment. I hope you make a fourth movie

Lowfill Tarmak over 1 year ago
John Wick is on the run for two reasons… he’s being hunted for a global $14 million dollar open contract on his life, and for breaking a central rule: taking a life on Continental Hotel grounds. The victim was a member of the High Table who ordered the open contract. John should have already been executed, except the Continental’s manager, Winston, has given him a one-hour grace period before he’s “Excommunicado” – membership revoked, banned from all services and cut off from other members. John uses the service industry to stay alive as he fights and kills his way out of New York City.
×
Facebook Twitter