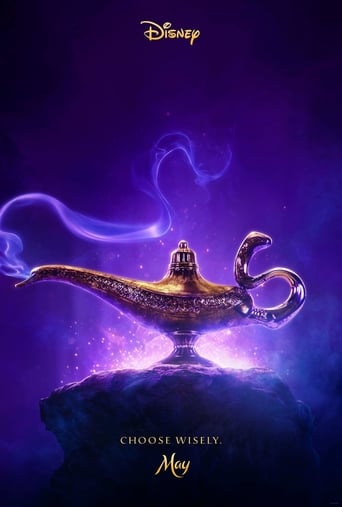 Daniel Jones 9 months ago
It's not bad, but just an update to the original. Will Smith was particularly unlikable.

Rachel Marshall 1 year ago
Surprisingly good! There were enough additions and changes to make it refreshing and fun!

Ashleigh Louise Klaassen over 1 year ago
Fantastic. Respect to the original and to the present time.

Yalini over 1 year ago
The actors were really good looking and perfect for their roles.

Denise Elwyn McKenzie over 1 year ago
Jasmine was more than just the love intrest.

Sabrina Jaafor over 1 year ago

Manu over 1 year ago

Lowfill Tarmak over 1 year ago

Daniel McCoy over 1 year ago

Dominique Bosman over 1 year ago
A live-action retelling of the 1992 Disney film of the same name.
×
Facebook Twitter