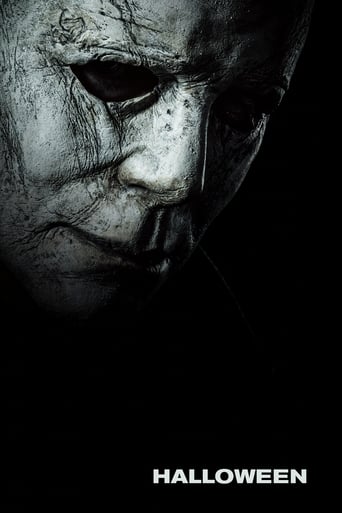 Eric Brainard over 1 year ago
A perfect Halloween. Likely not the end of him. Watch til the end? All I'm saying.

Tony Gandía almost 2 years ago
Unambitious but quite solid; Curtis does well with the material.

Matthew Bettencourt 2 years ago
A worthy sequel - but it's still missing that magic. For me, it's rather forgettable.

Rachel Marshall 2 years ago
Pretty good slasher horror even after retconning the sequels.

Fabio Augusto Vanegas Bovea 2 years ago
The last movie of the series, will be the end of Michael Myers

Fabio Vanegas 2 years ago
The last movie of the series, will be the end of Michael Myers

Dzenan Suljevic 2 years ago
Even though I thought I wouldn't enjoy a slasher these days, the new Halloween rocks.

Mundhir Werner 10 months ago
Laurie Strode comes to her final confrontation with Michael Myers, the masked figure who has haunted her since she narrowly escaped his killing spree on Halloween night four decades ago.
×
Facebook Twitter