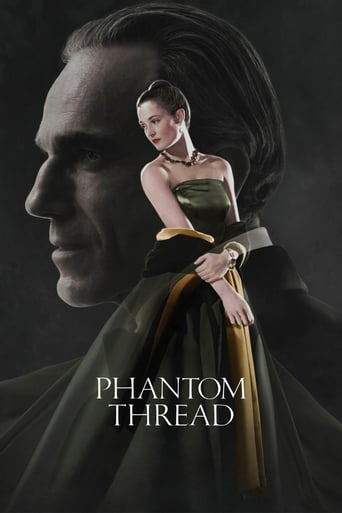 Kayley Sage over 2 years ago
I think the main character is just too unlikable, but the end "twist" was really good.

Leslie Gay over 2 years ago

Muhammad Haris over 2 years ago

Daniel McCoy over 2 years ago

Basem Taha over 2 years ago

somone someone over 2 years ago

Ethan Anderton over 2 years ago
In the glamour of 1950s post-war London, renowned dressmaker Reynolds Woodcock and his sister Cyril are at the center of British fashion, dressing royalty, movie stars, heiresses, socialites, debutants and dames with the distinct style of The House of Woodcock. Women come and go through Woodcock’s life, providing the confirmed bachelor with inspiration and companionship, until he comes across a young, strong-willed woman, Alma, who soon becomes a fixture in his life as his muse and lover. Once controlled and planned, he finds his carefully tailored life disrupted by love.
×
Facebook Twitter