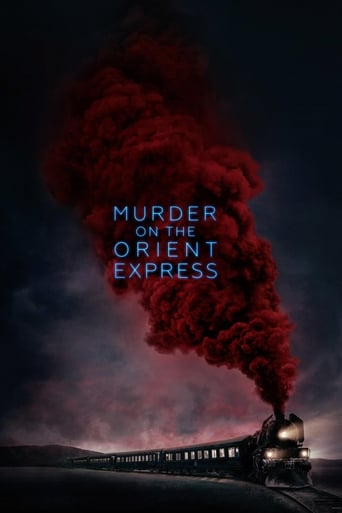 nicole over 1 year ago
A bit of slow drama, with old timey clue-style undertones

Tony Gandía over 1 year ago
Unnecessary remake though it's nice to see Pfeiffer, Dench, Colman have fun.

Ashleigh Louise Klaassen almost 2 years ago
Visually captivating, and intriguing. But once you know whodunnit why would you rewatch?

Daniel Jones over 2 years ago
Cinematography is great. Plot drags a bit. Great cast wasted, but right amount of Depp.

Luciana Ducceschi over 2 years ago
The cinematography was stunning but didn't quite save it from dragging out.

Danny B over 2 years ago
Watchable, pretty movie. But there have been lots of better Poirots than Branagh.

Kayley Sage over 2 years ago
The book was better, and so was David Suchet's version. Watch that instead it's on YouTube

Yalini over 2 years ago
Quite predictable😂 clue: stabbed 12 times😂😂

Olivia Lorscheid over 1 year ago

jsilverstreak over 1 year ago
Genius Belgian detective Hercule Poirot investigates the murder of an American tycoon aboard the Orient Express train.
×
Facebook Twitter