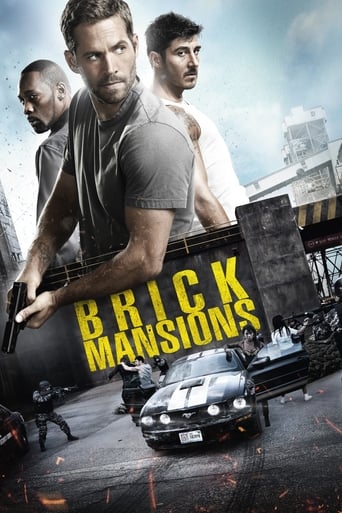 Katie almost 2 years ago
Some holes but the action was thoroughly entertaining.

Michael Cole over 4 years ago
Parkour holds up, but the story seemed a lot less ridiculous when it was told in French

Grace over 5 years ago
Bit too contrived. Some scenes were cool. Cursing doesn't make up for stilted dialogue.

Danial Pearce almost 6 years ago
Other than some really good parkour moves, this was mostly terrible.

Eric Ratzlaff 6 years ago
In the criminal underworld of Detroit, the streets are overrun with violence and drugs and the hand of corruption reaches into the lives of everyone; well almost everyone. For Lino (David Belle) every day is a fight to live an honest life. But when a drug lord kidnaps his girlfriend, Lino is forced to team up with Damien Collier (Paul Walker), an undercover cop who’s been tracking this king pin's involvement in something even more sinister – a plot to devastate the entire city. Together they uncover a trail of corruption that leads all the way to the top.
Read more on