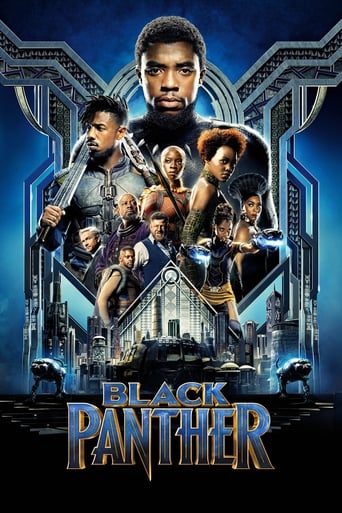 Denise Elwyn McKenzie almost 2 years ago
Loved it! The women stole the show and the little sister was a hoot!

Eric Brainard almost 2 years ago
It's a superhero film & like most of the modern MCU films, a lot of fun to watch.

Ryan Boucher over 2 years ago
Not as funny as the pink panther.

Kate Birch almost 3 years ago
Great cast, very well acted. But the villain lacked that 'UMMPH' that we're so used

Nick almost 3 years ago
Was it good? Yes. Is it a game changer that is up ending the Superhero genre forever? No.

Daniel Jones almost 3 years ago
One of the better Marvel movies. Three times the movie Infinity War was.

Charlie Alcock 3 years ago
Ryan Coogler is a genius.

Kayley Sage 3 years ago
Not only did it live up to the hype, it somehow surpassed it for me!

Amanda Mathews 3 years ago
Holy Shit. Definitely lived up to the hype. #WakandaForever.

Brandy E 3 years ago
Loved it! I will probably go see it again.

Emma H 3 years ago
The art! The music! The acting! The costumes! *heart eyes emoji*

Bruno Ferreira Machado 3 years ago
One of Marvel's best. Great acting and setting all around.

nicole 3 years ago
What you'd expect from a massive Marvel movie...action, a few jokes
King T'Challa returns home from America to the reclusive, technologically advanced African nation of Wakanda to serve as his country's new leader. However, T'Challa soon finds that he is challenged for the throne by factions within his own country as well as without. Using powers reserved to Wakandan kings, T'Challa assumes the Black Panther mantel to join with girlfriend Nakia, the queen-mother, his princess-kid sister, members of the Dora Milaje (the Wakandan 'special forces') and an American secret agent, to prevent Wakanda from being dragged into a world war.
Read more on