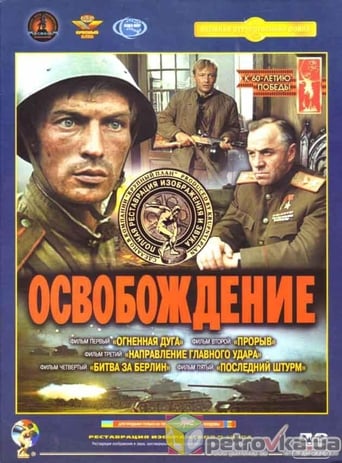 Nikolay Olyalin, Larisa Golubkina, Boris Zajdenberg, Sergey Nikonenko, Vsevolod Sanayev
Rate this film now
Write a short review
Russian film director Yuri Ozerov's most famous work was the five-part WWII epic Osvobozhdeniye (The Liberation) that was hugely popular in his native country -- each of the first two parts was seen by 56 million people. Osvobozhdeniye (1967-1971), his biggest success, was notable not only for its impressive battle scenes but also for its attempt to show the war from the perspective of ordinary Russian soldiers.
Read more on