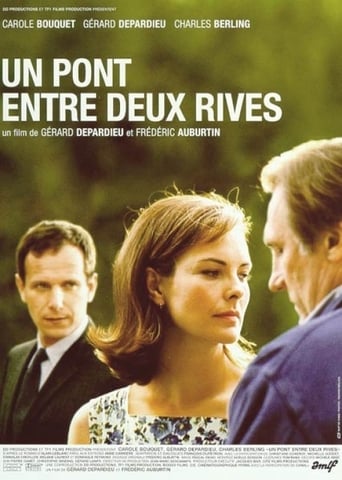 Carole Bouquet, Gérard Depardieu, Charles Berling, Stanislas Crevillen, Dominique Reymond
Rate this film now
Write a short review
Actor Gerard Depardieu co-directed this drama about a married woman who falls in love with another man. Mina is a movie buff with a husband, Georges, who's out of work, and a 15-year-old son, Tommy. While Mina works part-time as a domestic for Claire Daboval, the family is terribly short on money, so when Georges is offered construction work on a massive bridge project, he immediately accepts, even though the job site is far enough away that he'll only be able to come home on weekends. One day, while taking in a matinee screening of West Side Story, Mina meets a man named Matthias, an engineer associated with the bridge project. It's love at first sight for the both of them, and while Mina has no desire to hurt Georges, who is a good and decent man, she has found another good and decent man whom she loves even more. Tommy, on the other hand, has to deal with this crisis in his parents' marriage while he's sorting out his own infatuation with Ms. Daboval's daughter, Lisbeth.
Read more on