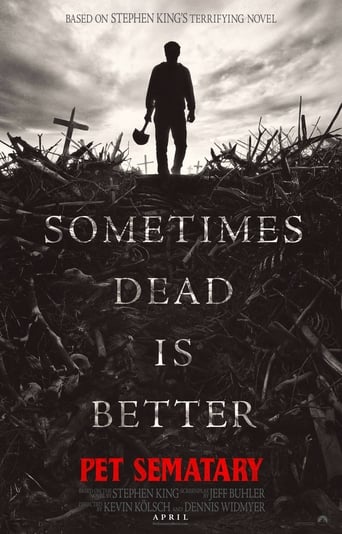 Becky 11 months ago
Decent adaptation, didn't love the changes from the book.

Eric Brainard 12 months ago
Ellie dying was spoiled by the previews. Has 0 scares. Story is well told though. It's ok.

Fabio Vanegas 1 year ago
Horror movie remake of the movie made in 1984.

Fabio Augusto Vanegas Bovea 1 year ago
Remake of the movie made in 1984. Entertaining

Andy Whitfield 1 year ago
Fine until about halfway through until it all goes off the rails.

Miranda Wright 1 year ago
Much better than the first! As one who has read the book, it really caught me off guard :D

Jonny Walker over 6 years ago

Michael Goldsmith over 6 years ago

Annelise Rogers over 6 years ago

wan jingbing over 6 years ago

Michael Thomson over 6 years ago
Remake of the '80s classic, based on the novel by Stephen King.
Read more on