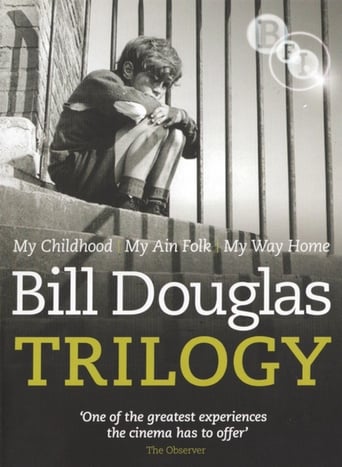 Stephen Archibald, Hughie Restorick, Jean Taylor Smith, Karl Fieseler, Bernard McKenna
Rate this film now
Write a short review
The first part of Bill Douglas' influential trilogy harks back to his impoverished upbringing in early-'40s Scotland. Cinema was his only escape - he paid for it with the money he made from returning empty jam jars - and this escape is reflected most closely at this time of his life as an eight-year-old living on the breadline with his half-brother and sick grandmother in a poor mining village.
Read more on