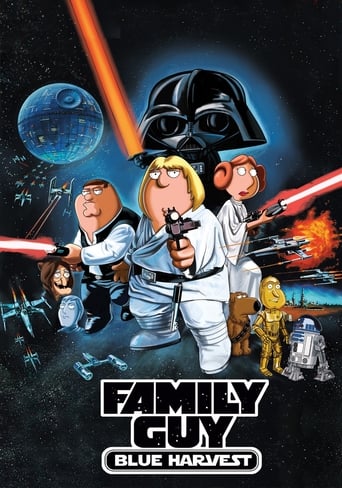 Jesse Smith over 7 years ago
Even as a parody of another series, Family Guy only rarely makes the viewer laugh.

Dylan Clites over 7 years ago
Family Guy does a whole episode dedicated to Star Wars IV. It's as funny as you'd hoped.

Liam Price over 1 year ago

Joel Ulrich over 2 years ago

Deanna Colt over 3 years ago

Madison McLeod over 4 years ago

Drew Millard over 4 years ago

Troy Whiteley over 4 years ago

Jason Gilmore over 5 years ago
With the Griffins stuck at home during a blackout, Peter begins to tell a story, which leads to a Star Wars flashback. Acting out scenes from Star Wars Episode IV: A New Hope.
Read more on