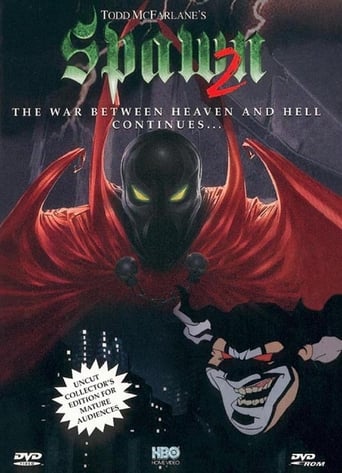 Stephen Boone Johnson over 7 years ago

Mei Yang over 7 years ago
Spawn meets the man who assassinated him and becomes suspect of the organization that ordered him killed. Jason Wynn, the leader of the group, has plans to sell weapons of mass destruction stolen from the military. Spawn's former wife Wanda has since remarried Terry Fitzgerald, with whom Spawn must reconcile. Terry is hot on the trail of the missing arms, and Wynn and his assassins, including the highly trained Merrick, set out to kill Terry, Wanda, and their daughter Cyan. Spawn foils the plot while realizing the hard truth that Wanda has a new life. Spawn 2 is the slick and darkly realized animated adaptation of the popular comic book of the same name.
Read more on