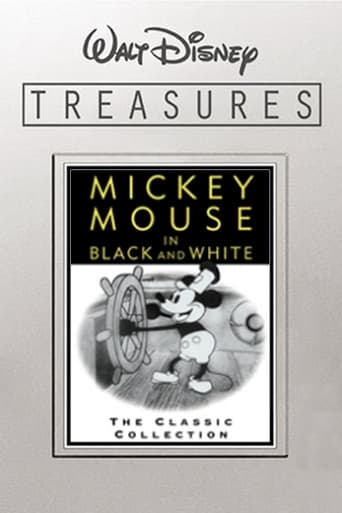 Robbie Crossfield almost 7 years ago
Witness the birth of an American icon. This historic compilation chronicles Mickey Mouse's early career, from his landmark debut in 1928's "Steamboat Willie" to the last of his black-and-white shorts, "Mickey's Service Station," in 1935. Gain insights into Mickey's beginnings in new interviews with legendary Disney animators Frank Thomas and Ollie Johnston. See the earliest visuals on record showing the creative birth of animation's most historically significant cartoon as well as the only black-and-white cartoon pencil footage known to exist. All of this and more is revealed in this homage to the mouse who captured the imagination of the world. Featuring exclusive introductions by film historian Leonard Maltin, this is a timeless collection from generations past for generations to come.
Rate this film Cancel Rating
Ok. Add review?
Add a review
Share Add to...