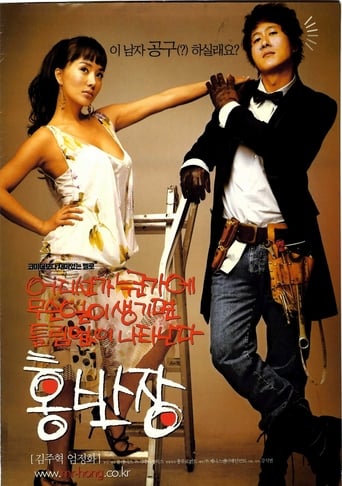 0
0
0
Rate this film
Add a review
Delete Rating/Review Share Add to queue
In your queue
Remove it
Mr. Hong 2004

Uhm Jung-hwa, Ka-Yeon Kim, Ju-bong Gi, Dong-jik Jang, Kim Joo-hyuk
Rate this film now
Write a short review
Hong Doo Shik is an all-round worker who shifts between different working places as frequently as other people change their clothes. He delivers goods with the same smile he wears while he makes performances at a live café, in other words he does everything as long as he gets his pay. It could have continued that way until he bumps into the hyper- active Yoon Hye Jin (Uhm Jung Hwa) and immediately calls her the world's most troublesome woman. Yoon on the other hand complains that Hong gets on her nerves while performing his duties as "Mr. Handy". How then is it possible that these two opposed personalities still end up feeling attracted to the other party?
Read more on