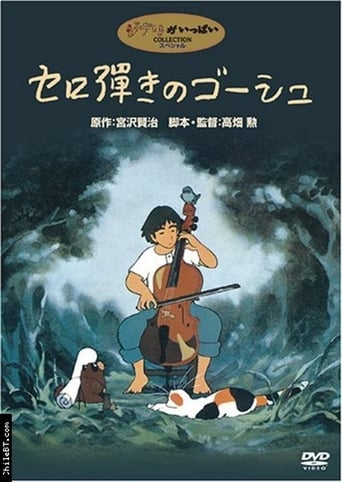 Hideki Sasaki, Masashi Amenomori, Fuyumi Shiraishi, Kazue Takahashi, Kaneta Kimotsuki
Rate this film now
Write a short review
Gauche is a diligent but mediocre cellist who plays for a small town orchestra and the local cinema in the early 20th century. He struggles during rehearsals and is often berated by his conductor during preparations for an upcoming performance of Beethoven's Sixth Symphony (the Pastoral Symphony).Over the course of four nights, Gauche is visited at his mill house home by talking animals as he is practicing.
Read more on