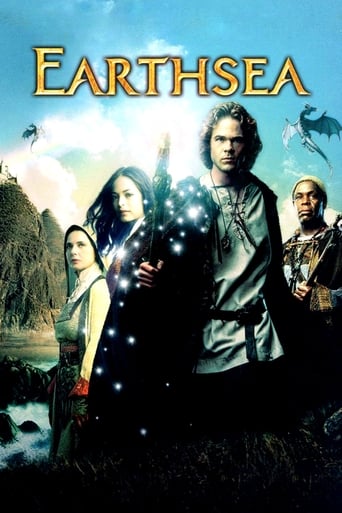 Shawn Ashmore, Kristin Kreuk, Danny Glover, Isabella Rossellini, Sebastian Roché
Rate this film now
Write a short review
A reckless youth is destined to become the greatest sorcerer that the mystical land of Earthsea has ever known. When the young wizard Ged discovers that he possesses infinite magical powers, he seeks to master the ancient arts. As he journeys to manhood, he will combat dragons, fall in love, cross death's threshold, and ultimately wield the power to reunite a kingdom. - Written by El_Magus
Rate this film Cancel Rating
Ok. Add review?
Add a review
Share Add to...