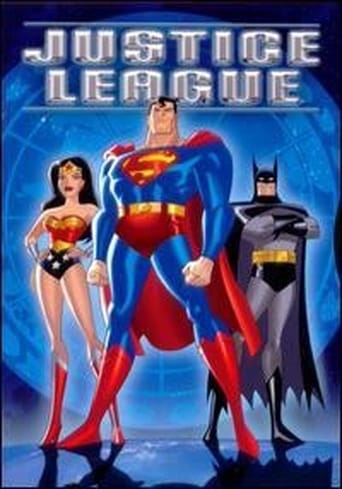 Kenneth Chisholm over 7 years ago
A decent start to one of the crowning series of the DC Animated Universe franchise.

Andy Whitfield over 7 years ago
Batman, Superman, Wonder Woman, Flash, Green Lantern, Hawkgirl and the Martian Manhunter must team up to deal with an alien invasion from the Imperium. With the nation's warheads disarmed by Superman after a peace initiative, the Earth is defenseless and the heroes must rally to stop the nocturnal alien invaders from blocking out the sun.
Rate this film Cancel Rating
Ok. Add review?
Add a review
Share Add to...