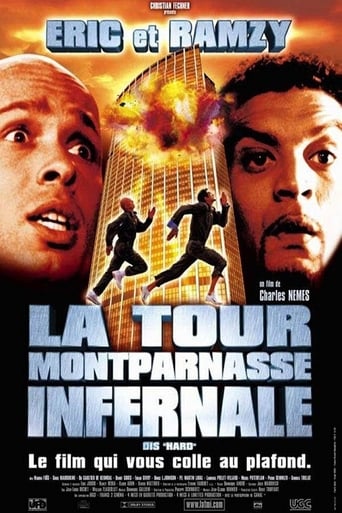 Guillaume Bws Rolin over 6 years ago
Eric and Ramzy are working as window washers at the Montparnasse skyscraper in Paris. Thinking that he has a date set up with beautiful executive Marie-Joelle (who in reality hates his guts), Ramzy stays at work late while Eric hangs around with him. As a result, the pair witness a gang of terrorists seize the tower and take its late-night occupants (including Marie- Joelle) hostage. Knowing that only they can save the day, Eric and Ramzy swing into action.
Read more on