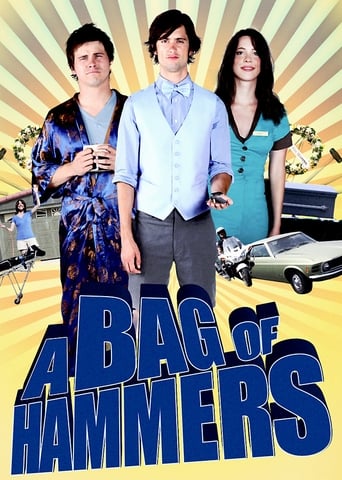 Jonathan Williams over 4 years ago

Megan Giaquinto over 6 years ago

Laura Reitel over 6 years ago

Bianca Diaz over 6 years ago

Tyler Langan 7 years ago
A Bag of Hammers is a 2010 film directed by Brian Crano. "An offbeat comedy about two misfit best friends incapable of growing up, whose direction is tested by an abandoned child, worn beyond his years; together they invent the family they've always needed." Quoting the description from the 2011 South by Southwest Film Festival site.
Read more on