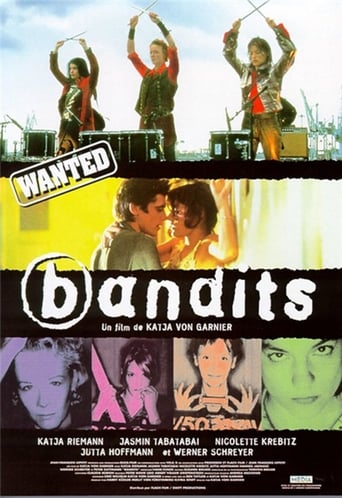 Katja Riemann, Jasmin Tabatabai, Nicolette Krebitz, Jutta Hoffmann, Hannes Jaenicke
Rate this film now
Write a short review
Bandits is a 1997 German Road Movie and Music-Film directed by Katja von Garnier. The film stars Katja Riemann, Jasmin Tabatabai, Nicolette Krebitz and Jutta Hoffman. Bandits was a commercial success in Germany (as a Movie and as a Music Album), but grossed less than $25,000 in the United States. Most of the Soundtrack was written and performed by the actresses themselves. One Outtake from the Soundtrack even reached rank one in the German Charts. Over 700,000 copies of the soundtrack were sold.
Read more on