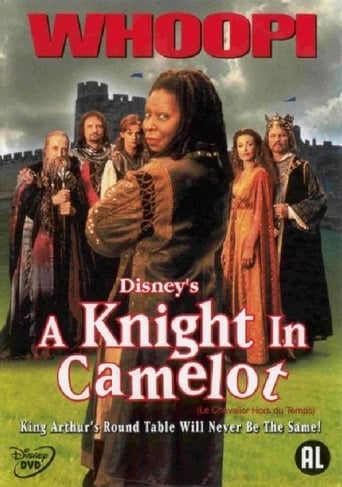 Henke 7 years ago
A Knight in Camelot is a 1998 TV movie starring Whoopi Goldberg and Michael York. It was directed by Roger Young, distributed by Disney and is loosely based on Mark Twain's A Connecticut Yankee in King Arthur's Court. Scientist Vivien Morgan is zapped back to the medieval age and time of King Arthur and Camelot, when her scientific machine malfunctions. She is sent back along with many objects from her desk, including her laptop and boom box. As she is sentenced to be burned at the stake, she discoveres among the laptop-data, that there will be a solar eclipse in short time. With her "magical powers" she makes the sun re-appear and is being knighted by King Arthur as Sir Boss and becomes a member of the Knights of the Round Table. She soon begins constructing devices that will not be present for many centuries, she saves the king, defeats Sir Sagramore and saves the day countless times before being zapped back to the present.
Read more on