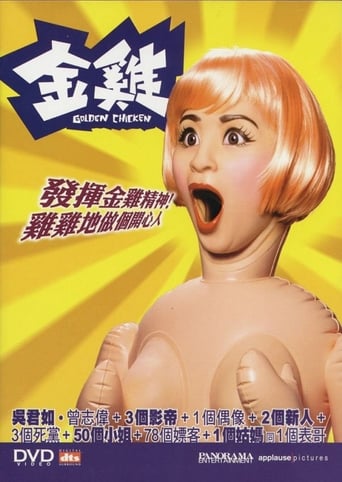 Henry Cropper 5 years ago
better than i ever imagined it would be.
Golden Chicken (金雞 Jīnjī) is a 2002 Hong Kong film directed by Samson Chiu starring Sandra Ng and involving cameo appearances from Andy Lau and Eric Tsang. It was followed by a sequel: Golden Chicken 2 in 2003. Kum (Sandra Ng) is a long time Hong-Kong prostitute, when she gets locked in a cash machine vestibule with a would be thief (Eric Tsang) she tells him some stories of her life as a prostitute and how she come to be where she is today.
Read more on