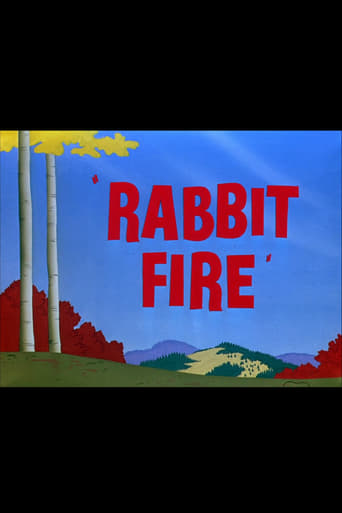 Marc Hyde almost 5 years ago
Chuck Jones was so far ahead of his time. Insane to remember these came out in the 50s.

Antonio Schonarth 7 years ago
Rabbit Fire is a 1951 Looney Tunes cartoon starring Bugs Bunny, Daffy Duck and Elmer Fudd. Directed by Chuck Jones and written by Michael Maltese, The short is notable for being the first film in Jones' "hunting trilogy"—the other two films being Rabbit Seasoning and Duck! Rabbit, Duck!. It is also the first film to feature a feud between Bugs and Daffy. Produced by Edward Selzer for Warner Bros. Cartoons, Inc., the short was released to theaters on May 19, 1951 by Warner Bros. Pictures and is widely considered among Jones' best and most important films. It is also the first film to star both Bugs Bunny and Daffy Duck. The film marks a significant change in Daffy's style, away from the "screwball" and toward the "foil" for Bugs' jokes. Daffy Duck lures Elmer Fudd to Bugs Bunny's burrow, and watches from aside when Elmer attempts to shoot Bugs. Bugs informs Elmer that it isn't rabbit season, but instead duck season. Daffy emerges, irate, and attempts to convince Elmer that Bugs is...
Read more on