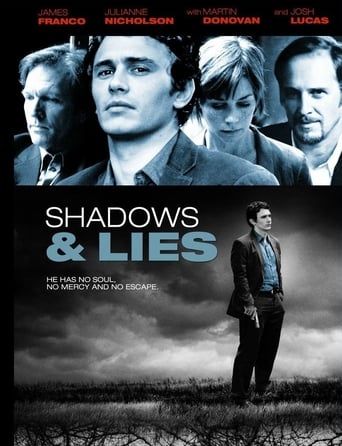 James Franco, Julianne Nicholson, Josh Lucas, Nina Arianda, Martin Donovan
Rate this film now
Write a short review
Shadows and Lies (also known as In Praise of Shadows and William Vincent) is a 2010 romantic drama film starring James Franco and Julianne Nicholson. Filming took place in New York City, New York. The film had a release at the Tribeca Film Festival in April 2010. William Vincent (Franco) returns to New York after four years in exile to save the girl he loves from the same dangerous crime syndicate that brought them together.
Read more on