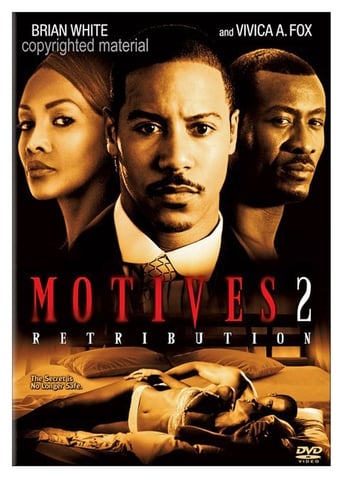 Brian J. White, Vivica A. Fox, Sean Blakemore, John Bailey, Danna Biscoe
Rate this film now
Write a short review
Motives 2 (also known as Motives 2: Retribution) is a 2007 direct-to-video sequel to the 2002 thriller Motives starring Brian J. White, Vivica A. Fox and Sean Blakemore. This sexy sequel to MOTIVES picks up three years after the steamy thrills of the original. Emery Simms is a rarity--an innocent man in prison. On the outside, his ex-wife (Vivica A. Fox) is married to his best friend (Sean Blakemore), and they're attempting to make a normal life. But Simms is killed in prison, and his brother Donovan (Brian J. White) returns to discover the real reason for his brother's death. The web of lies and murder may prove just as poisonous to Donovan as it was to his late brother.
Read more on