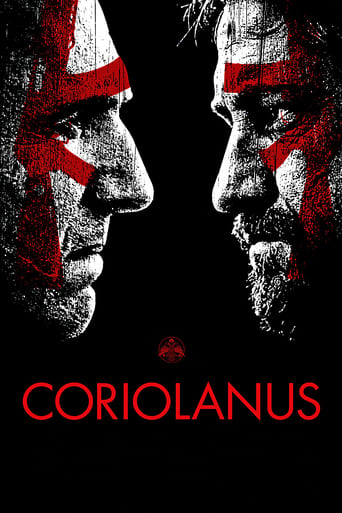 Michael Cole over 4 years ago
Good story, but I hate when they try to modernize the story without updating the dialogue

Gyorgy Tilesch 7 years ago
An almost perfect masterpiece from Fiennes as a director and also in the title role.

Andrés Botero over 7 years ago
This truly is a remarkable work of art. The adaption to modern environment is transparent.

Thomas Upton over 7 years ago
Only the setting is modern in this faithful adaptation. You've got to pay attention.

Amna A 6 years ago

Sven Delarivière over 6 years ago

Austin over 6 years ago